Over the years I have been super lucky to get some great interviews from people, many of them were my friends and I have been grateful for doing me such a big favor. Recently I decided to be a big girl and wanted to try something. So, very timidly I approached an actor to ask her how she felt about doing an interview for the blog. And the crazy part... She agreed!

Who is this actor I asked to interview? Why it was the beautiful and talented Rachel Sellan. I am almost certain without a doubt you all know who she is, because if I know my friends and readers out there then I know you have in the least seen one the parts she has played. Because you probably know her as, "the scene where that woman gets turned into a mannequin" in Silent Hill: Revelations. When after this I want you to say, "the scene where Rachel Sellan gets turned into a mannequin."

Without any further guff from me here is, Rachel Sellan... 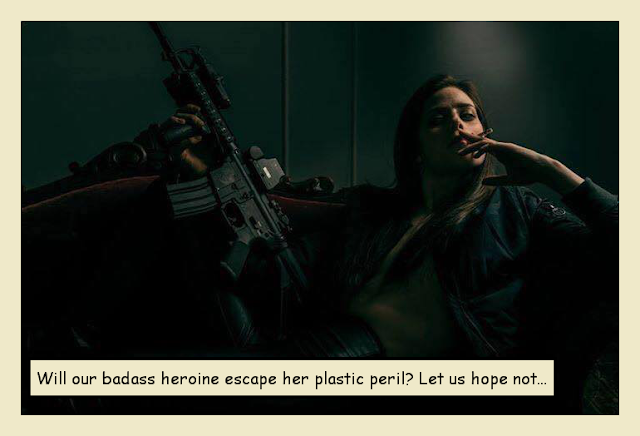 Monyca: How does it feel or do you know that even for a small part in the film you have what amounts to a bit of a cult following for your role as the "mannequin girl" in Silent Hill: Revelations?

Rachel Sellan: I honestly never thought that my small role would have such an impact with the fans of the movie. I only realized it when I was at work; A guest came up to me and ask if I was the mannequin girl in Silent Hill. Once I confirmed, he proceeded to tell me that I did an amazing job. Also on my IMdB page, there is a comment stating how I “nailed being a mannequin”. It was a nice surprise to see even the smallest role in this film still caught the eyes of serious fans. 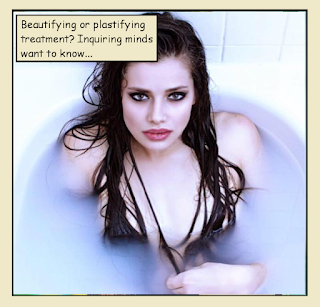 M: I read that your not all that comfortable with being ogled for your body, which on a person to person level is quite understandable. Though as an actress would you say that you find you have some amount of exhibitionism, that you enjoy being seen?

RS: Being ogled for your body and looks are so superficial but being an actress, this is something that I will have to deal with as my fan base grows larger. I do believe there are many ways people could approach you and some of the ways I've been approached have been a little excessive given where I work. I don't appreciate people drooling over me but I definitely can take a compliment, especially when it comes to my acting.

M: Your body type is quite perfect for the part and I am curious if the role of the "mannequin girl" was something you pursued of were you approached for it?

RS: I was approached by my agent to go in and do a modesty test in front of the director. Modesty test is basically baring it all in front of the director. He then gauges if I fit the right criteria for the role of the mannequin girl. The next day after the test, I got a call from my agent telling me I booked it. I knew this was a big opportunity for me only because of how big Silent Hill was and also remembering it when I was young, playing the video games with my brothers. I knew this was going to be the start of something great.

M: Did they have to do any sort of body imaging to pull off the transformation sequence or was there any body molds produced to make any props?

RS: They did do body imaging to produce the effects. I had to go in weeks later and sit on a turn cycle (nude) as it slowly spun around and took photos every second. It was definitely a different experience but the effects looked great.

M: Was shooting the scene uncomfortable having to do a nude?

RS: Honestly, at first I thought “oh boy, how am I going to do this”. Once I was on set, the director made sure I was extremely comfortable. They had a closed set which allowed me to be in the moment as my character to show the escalated fear as I turned into a mannequin. It was pulled together pretty nicely. I was younger when I shot this but it was an experience in which I learned a lot. Specifically being on a professional set with my own trailer and what not— It was a dream come true. 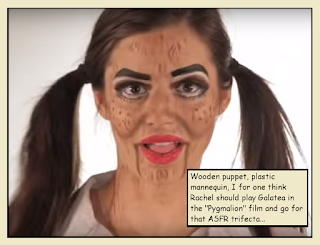 M: In the Miles Jones video for his song "All Lies" you have a wooden puppet look done through body painting. Is it a coincidence that you portrayed the mannequin girl and a puppet in the video or has the idea of being almost doll like been something you found intriguing?

RS: Miles Jones is one of my good friends and the makeup artist Jessica Grant is amazing at what she does. When I showed up that day, they decided that I would be a puppet. I’m not sure if I was pinned a puppet because of Silent Hill but it was probably just a coincidence. With my experience of film and working with the camera, I believe it showed one of the two different aspects of dolls that I have played.

M: You studied Acting at Niagara College in Canada, what sort of special classes that were offered did you take to help improve your skill set? Was pantomime/mimicry a part of them?

RS: The year I started at Niagara College was the first year the Acting for Film and Television was introduced. All the classes were new to everyone and I believe they accomplished teaching us every single thing we needed to know in order to excel in our career. We had many scene study classes, improv classes, stunt classes, voice classes, even some history on acting and editing classes so we can do more of our own work. I was very blessed to join this program as it has brought me much success and continued friendships that I will hold with me forever.

M: What is your favorite part about acting?

RS: Acting has been a big passion of mine for years, actually about a decade. I’ve always enjoyed embodying new characters and challenging myself by doing things I thought I could never do or be someone I never could be in real life. Having the opportunity to be very malicious in The Sublet was extremely fun for me because I am nothing like that at all. If anything, my friends say I’m too nice. I very much enjoy this business; It is so rewarding putting all your heart into a scene/movie and then seeing the end results, especially knowing that you made an impact on someone else.

RS: I’ve always wanted to play that “badass Laura Croft” role or I guess anything Angelina Jolie.  She's had many roles where she kicks ass and takes names and I love that. I’ve taken some stunt classes, so I’m trying to get myself extra prepared for the opportunity to be the lady killer. There really isn’t a role I wouldn't play. The more people you know through networking and/or worked with will always benefit you no matter what. In this stage of my career, you want to take any opportunity thrown at you because, well, you never know. However, if there is a character I’m being asked to play and it doesn't feel right for me or there is some discrepancies about her role I will not hesitate to say something. I’m still trying to breakthrough in the industry and I have not had a problem with any of the roles and opportunities given to me as of yet.

M: Is this the strangest interview you have had, by a blog that focuses on people as statues, mannequins, dolls, and among other objects?

RS: Not at all. Aren't all interviews a little invasive? You’re asking the questions no one else would and hey, if there's a following out there for my mannequin role then so be it! It’s really exciting to think that a small part would open so many doors to lead to where I am today. I am super grateful for all the opportunities given to me from my wonderful agent. She is a dear friend that continues to push me for those amazing roles that will soon lead me to stardom. I am also grateful for you to take the time to create these questions and reach out to me for some answers. It definitely gives me some “I’ve made it” feels. Everyone has their own journey especially when it comes to the arts. I believe I have made some great and horrible choices on my way. Everything has and always will be a learning experience. Through each experience, I will take it all in and use it continuously towards my career to start something magical.

Seriously how awesome is this woman?! Rachel could have took one look at the blog and said nope, but she was cool beyond measure and not only gave me some great answers but some in depth ones. Way more then I could have ever really asked for. If you haven't seen Silent Hill: Revelations, you should, and don't just fast forward to Rachel's scene either! And please show this beautiful woman some love and see some of the other movies she is is in, she is absolutely talented and I for one can only hope to see her in more things... Maybe as more things to.
Once again, with the most amount of gratitude and appreciation, thank you so much Rachel... 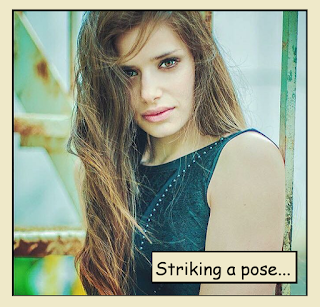 Hit Rachel Sellan up on her social media accounts and show her how much we appreciate her work...

Or, just put her name in google and give her love where ever you see her!
Posted by Venus Masque at 5:25 PM 1 comment: